Earlier this week, I was looking at Airbnb’s open source projects, and I discovered a project called Lona.

Lona is a collection of tools for building design systems and using them to generate cross-platform UI code, Sketch files, and other artifacts. (retried from Lona’s GitHub repo)

I really loved the idea of this project, so I chose it to be my next project for my open source course. There aren’t many issues opened, and I wasn’t sure what’s a good task to start with. I’ve used a tip from the project’s README file, which stated:

If you’re interested in contributing or using it at your company, feel free to open a GitHub issue or get in touch with me on Twitter @dvnabbott. (Lona README)

So I tweeted to Devin, who is maintaining this project: 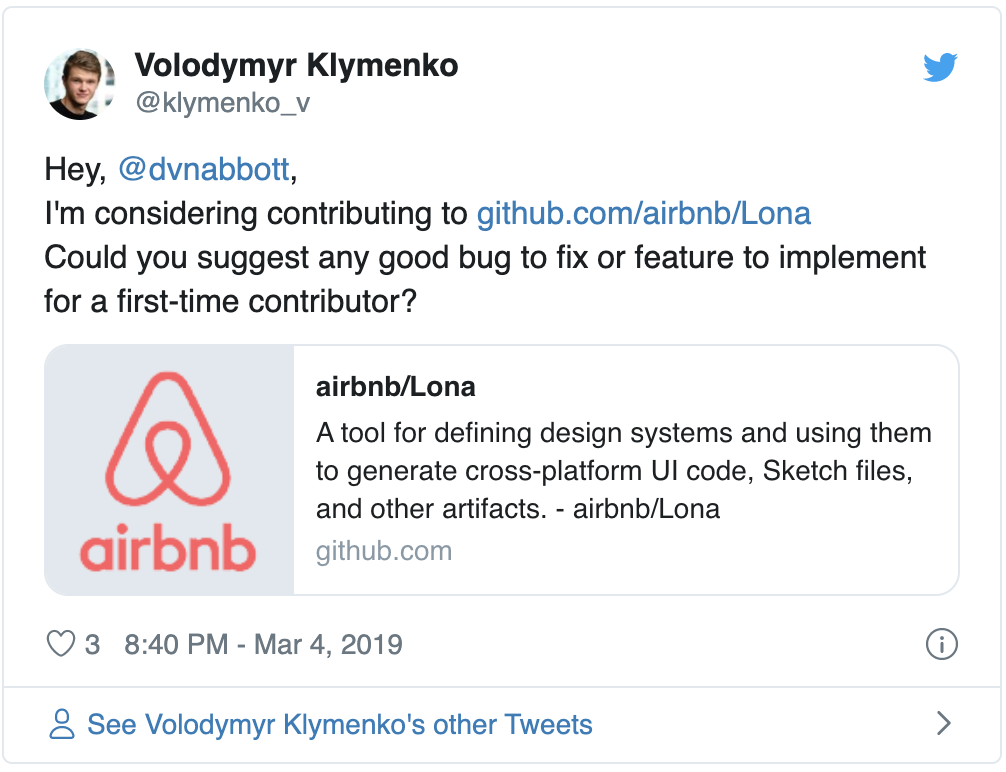 He was very kind and helped me to find a good first issue: 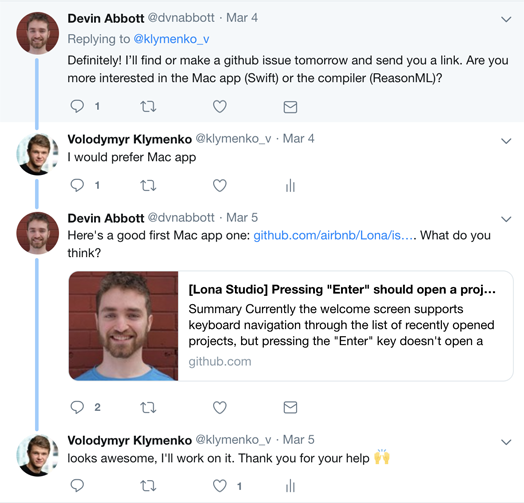 Having some experience in open source development, I know how important communication between maintainers and contributors is. I believe that this is the key to building a community around the project and making people want to contribute more in the future. I appreciate his time and help a lot.

Let’s get back to the project itself. Lona consists of 3 parts:

As you can see from the tweets above, I chose Lona Studio for my contribution. I decided to focus on Swift development for the next several months, so I would like to work as much as possible with this language. Also, I found it interesting because I haven’t worked with Mac apps before, and, as far as I know, macOS development differs a lot from iOS development.

Setting Up the Project

First of all, I had to set up the project on my machine. It wasn’t trivial for me because there was one prerequisite that I didn’t have. In order to build Lona Studio from source, you need the following tools to be installed:

I had CocoaPods and Carthage installed already on my Mac, but I didn’t have Bundler, and I haven’t even heard about it.

Bundler provides a consistent environment for Ruby projects by tracking and installing the exact gems and versions that are needed. (retrieved from bundler.io)

I have never touched Ruby before, so I had to set up Ruby environment in order to install Bundler. First, you need to install RVM (Ruby Version Manager). Here are the steps I used for installing it:

5. Load RVM into the Terminal session:

6. Disable Autolibs (you can read more about this feature here)

9. Make it a default version.

The welcome screen of Lona looks similar to XCode’s welcome screen, and the maintainers requested a feature, where pressing “Enter” key on the selected project would open that project. The only way to open the project was to double-click it. 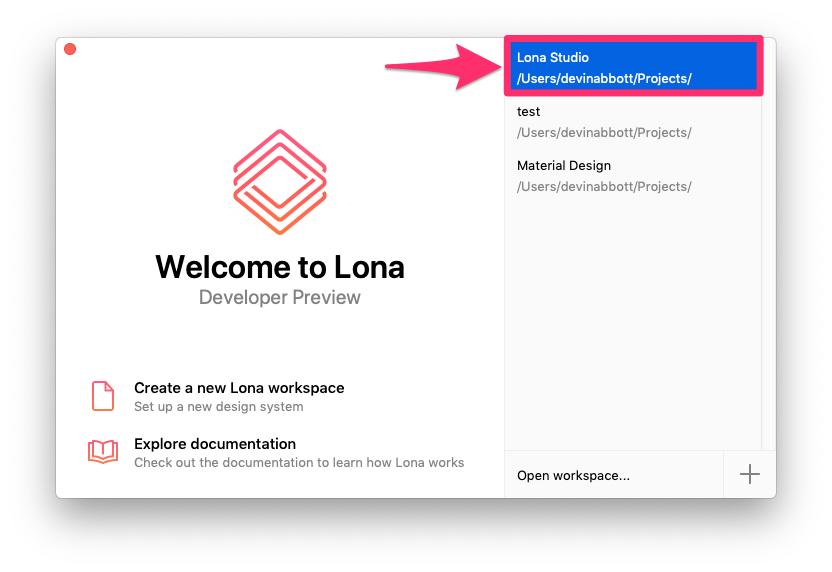 The issue description was very helpful, and it specified the file, which I should look at, and the function I should override.

There was a RecentProjectList.swift file that contained the implementation of the list of projects. I wrote a function that would handle “Enter” press, and open the selected project:

Basically, I check if the keyCode of the pressed key is equalled to carriage return key code (36). If it is true, I call the function that opens a specified project:

It was approved by maintainers and successfully merged into master 🥳

However, later Devin noticed that it would crash no rows were selected, so he quickly created a new patch to fix, where he simply added a check for tableView.selectedRow to be ≥ than 0:

Next time, I’ll be more careful and try to catch possible crashes 😬

Here is the end result of my contribution: