My fourth contribution in Hacktoberfest was my first time I did not write any line of code in the whole Pull Request! Unexpectedly, this time I worked on a Java project instead of Swift projects. At the time I was looking for an issue, I couldn’t find any issues/projects in Swift, so I looked at other languages. I didn’t even intend to go for Java, as I would prefer JavaScript/C++ instead because I didn’t work with Java for a while.

However, I found an interesting project called Adaptive Alerting written in Java, and there was an issue that required to remove a module from a project.

The goals of the project:

Reduce mean time to detect (MTTD) production incidents. This is the average time between the onset of some production incident and somebody’s knowing about it, where “somebody” could be a person or else an automated response system

Monitor as many signals of health as possible. The signals or metrics in question can represent business-, application- or system-level concerns. Our working assumption is that in a large business there are many thousands if not millions of such concerns, and so AA needs to scale accordingly.

For scalability, we must aggressively limit the number of false positives (i.e., spurious alerts).

Also for scalability, we must automate model selection and tuning. 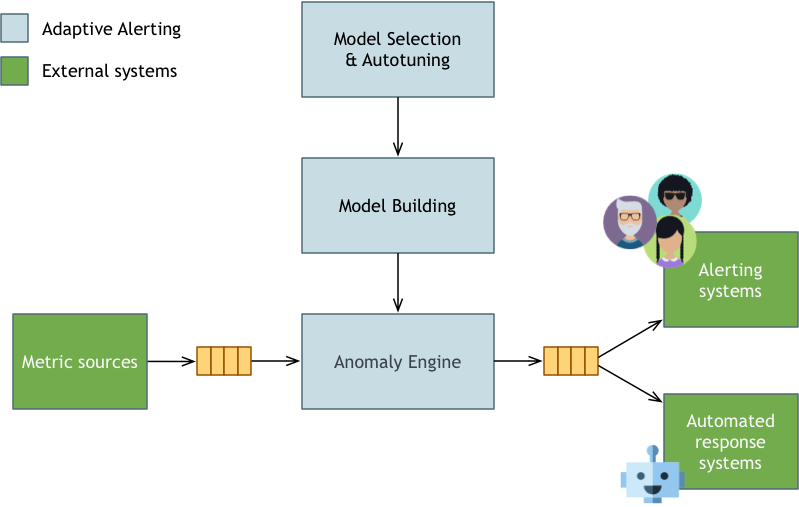 On the architecture above, you can see three main parts of the project:

This is a more detailed version of the architecture: 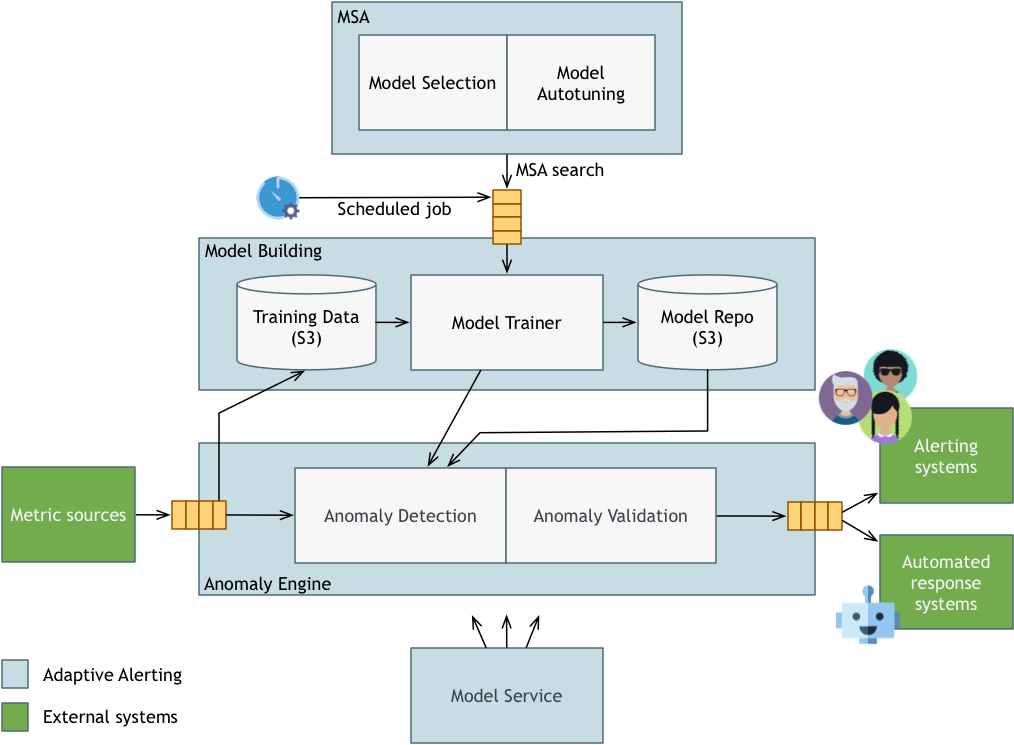 The maintainer asked to remove Anomaly Validation module from the project because they have decided to move AV away from Adoptive Alerting’s pipeline. As usual, I asked to work on the issue. After I was welcomed to take it, I set up a project on my local machine, and built it by running:

The build was successful, and the build time was about 3.30 minutes. I made sure that everything works, and began to search for all mentions of anomvalidate in the code. I found anomvalidate module, and I deleted it. Then I had to remove all uses of this module in the project. It was easy because when I deleted anomvalidate module, all the files that used it displayed errors as they referenced unexistent dependency. I quickly removed those Anomaly Validation related code and built the project again to make sure I haven’t broken anything.

The build was successful again. However, this time, it took about 1.30 minutes to build it!

As you noticed, I haven’t added any code. I just removed some files and lines of code, and it allowed me to contribute successfully to the project (my PR was merged)!

I would like to mark that this project has a fantastic wiki page with many details (I haven’t seen such a detailed wiki page before), and its maintainer, who was kind, and also grateful for contribution.