I am sure that even if you are not an active Instagram user posting pictures every day, and you just check the feed every day to see what’s new happened there in the world, you are likely to notice notifications from Instagram that someone you don’t know sent a request to follow you. It’s a common thing for social medias like Instagram, Twitter, etc.

One day, I started following the official accounts of Apple, Entrepreneur magazine, Google, Instagram, Mark Zuckerberg, and I noticed that I received a lot of follow requests on my account within next couple of hours. In a day, I tried to unfollow those accounts and follow them again. I got the same effect: my account continued getting follow requests. It was not difficult to find how it works. Basically, when you start following some accounts, you appear on the top of the list of followers in those accounts, and people just follow random accounts from the top expecting reciprocity.

An idea flashed through my mind: what if I can loop the process of re-following those large accounts, so I can get followers constantly. I have never hunted for numbers in my social medias, but I was curious whether my idea would work. I began to research Instagram API relationship endpoints. It was absolutely easy, so I played with various endpoints using my personal account and development account I created specially for this experiment. The only thing was that I was in sandbox mode of Instagram API, which has restrictions such as you can use only accounts which are invited to sandbox (that’s why I was not able to test my idea directly in sandbox mode).

To get out of Sandbox mode, you need to submit your app for review (Instagram API documentation).

Firstly, I was not going to create a whole app. Secondly, I was not sure that it would pass review on Instagram side. Finally, I just wanted to make it to see if it even works, so I started searching another way of getting possibilities of live mode. After quick Google search, I found a node package with Instagram API wrapper. Next, I learned how the wrapper works, then I created a Node.js application where I had an array of strings with usernames and three functions:

In the Node.js server itself, I just called function #3 every hour. That’s it. Then, I took my old laptop which I did not use, and started running server there 24/7. Voilà! Everything worked as I assumed.

Before I created my app, I had about 250 followers in my account. In 24 hours, I had almost 350. Almost 100 in a day! Actually, the activity was lower in next days, however, it still worked. Here is some statistics: 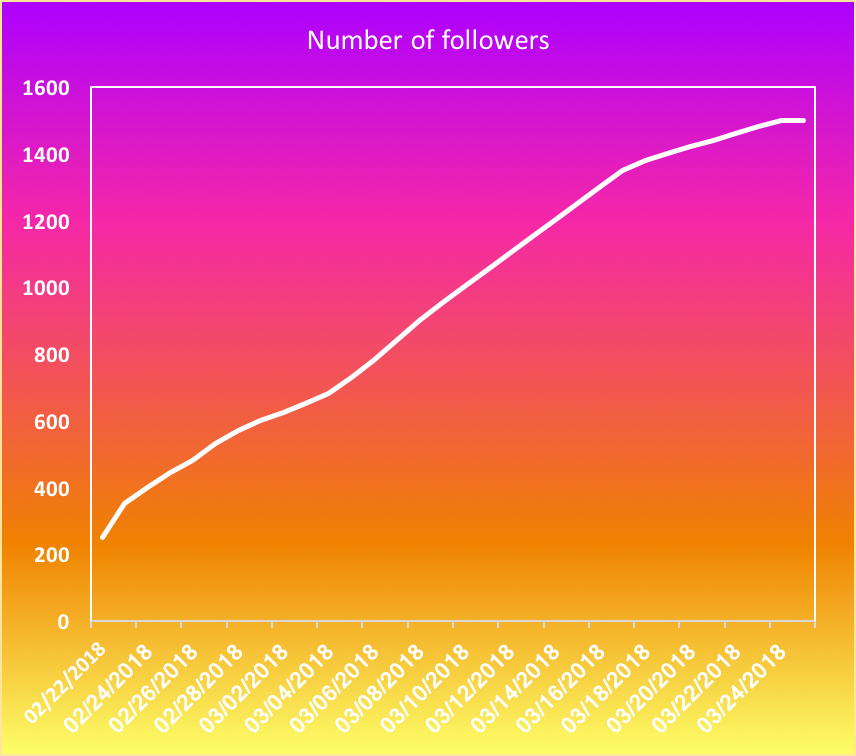 After running my app for a little more than a month, I have more than 1,5k. Sometimes activity was low as my server was down because of the bad network or I forgot to charge my laptop 😅 On average, I gained 50 followers every day. At the moment, numbers are lower because I have not changed the list of accounts I follow for a while.

From time to time, I edited this list and added other popular accounts of some entrepreneurs and celebrities like @richardbranson, @elonmusk, @garyvee and @kimkardashian.

Let’s take a look at some of the users who requested to follow me: 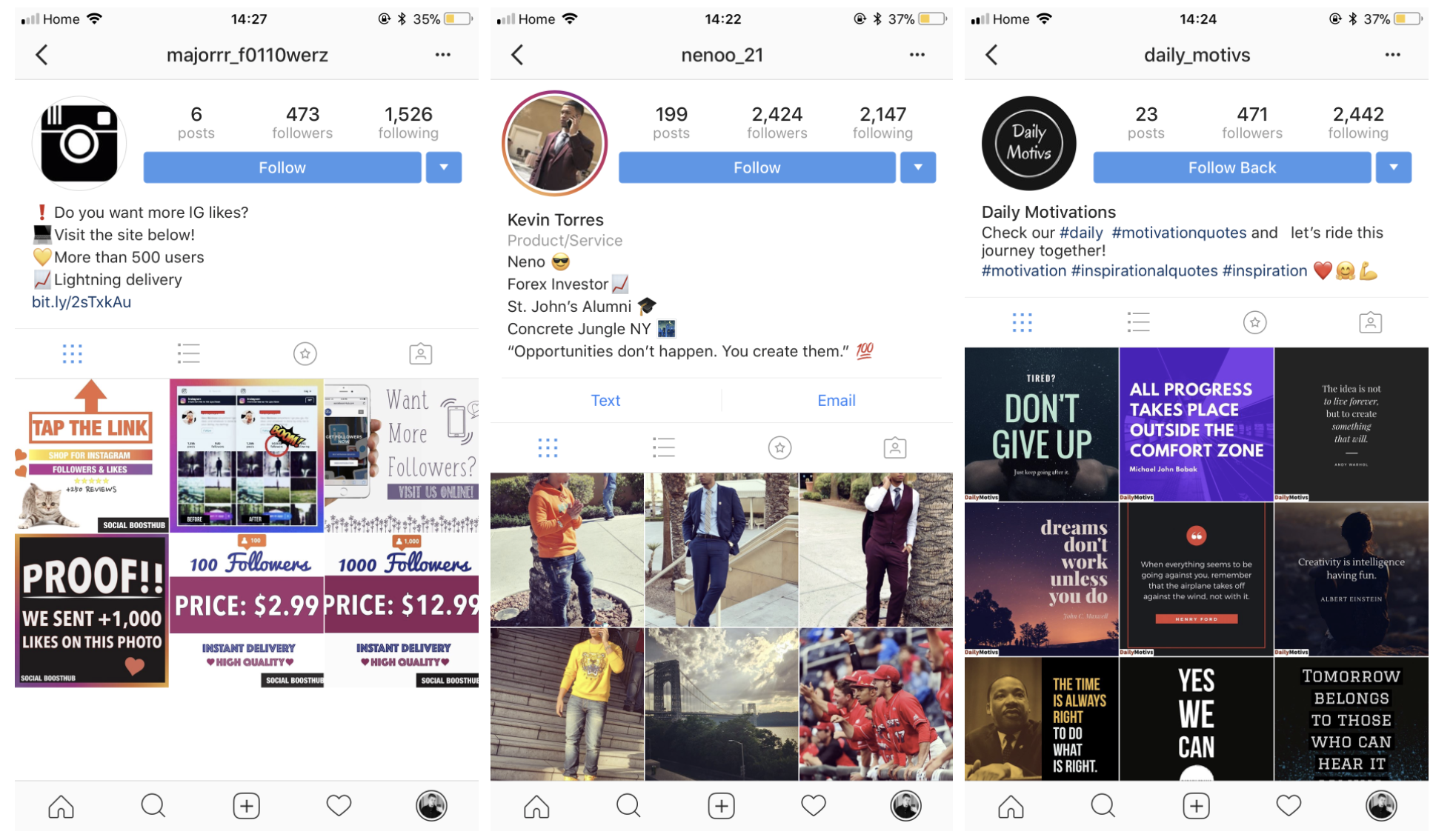 It's worth noting that quite a few of these new followers would unfollow me after some time. However, since my server is running 24/7, the number of followers is constantly going up.

You can find the source code on my GitHub.